How To Select A Combustible Gas Detector?

A Combustible Gas Detector is a device utilized to determine the existence of toxic, flammable gases, or even gases that can deplete the presence of oxygen. The objective is to detect a combustible gas build-up before it reaches a dangerous level, or a possible leakage of harmful gas, especially in industrial plants.  Hydrogen, hydrogen sulfide, and carbon monoxide are often the gases these detectors read for. These detectors could be installed in residential areas, offices that store vital records, outdoor areas with truck unloading stations where hydrocarbon vapors could be present, industrial plants, and high-value computer facilities. 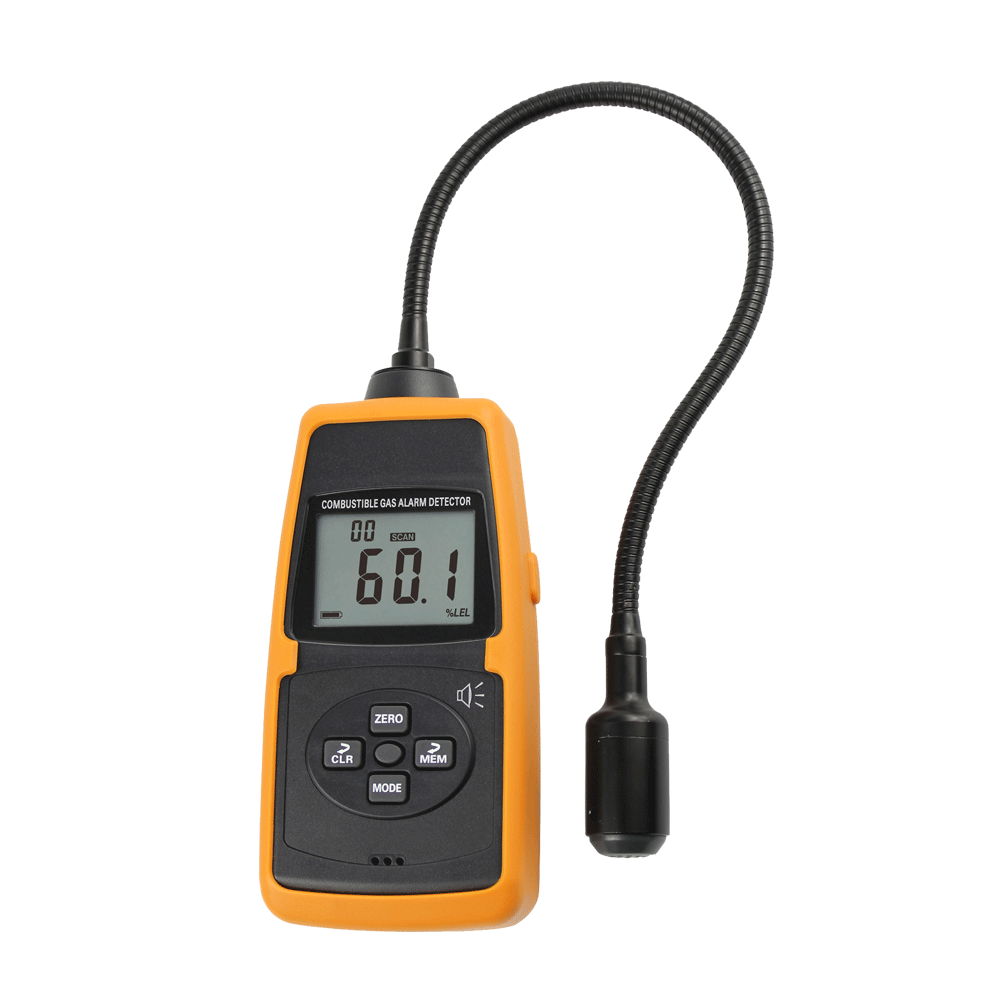 Fixed Combustible Gas Detector: This type of gas detector is installed at a location where monitoring leaks is needed to identify hazardous overexposure of flammable gases. They are viable for enclosed and partially enclosed spaces where the possibility of combustible gases is a risk.

Portable Combustible Gas Detector: This type of gas detector is a small, handheld device designed to specifically test the atmosphere of a confined space for possible leaks or the presence of flammable gas, before entering the confined space.

Transportable Combustible Gas Detector: This type of gas detector is not handheld; however, it can be moved from one place to another with ease. It could be utilized temporarily when a fixed gas detector is under repair, which means it can be fixed when required and portable when not needed.

Based on Testing Method

Point Detector: This type of detector measures gas concentration at the sampling stage or point of the device. The unit of measurement could be a % lower explosion limit (LEL) for flammable gases, % volume ratio, or either mg/m3 or ppm for low-level concentrations.

Open-path Detector: Also, known as a beam detector, this detector utilizes a separate remote and radiation source to measure the average concentration of gas along the path of a beam. The unit of measurement is ppm x m or % LEL x m, indicating concentration multiplied by path length, respectively.

Based on Applicable Sensors

The main types of detectors are:

Electrocatalytic or Catalytic Bead Type Detector: This detector works by oxidizing a combustible gas to produce heat, and the temperature determination of this heat gets converted into a sensor signal that activates the alarm or triggers a fire prevention action. The term ‘bead’ appears from the system’s sensing elements known as beads. It can detect flammable gases between 0-100% Lower Explosion Level (LEL) by utilizing more than 10% of oxygen to function.

Infrared Type Detector: This detector works using infrared light absorption, utilizing molecules detected by decreasing transmitted radiation over a beam path. The light passes through the sample mixture at two wavelengths that pass through a common optical path via a flameproof window and onto the sample gas collected. A retroreflector reflects the beams, then the reference beams’ return signal strength and samples are compared and the gas concentration is calculated by a subtraction process. It can detect hydrocarbon vapors between 0-100% v/v, not requiring oxygen, and it cannot be poisoned by extremely flammable gases.

The other types of detectors are:

Flame Ionisation Detector: This point detector utilizes an electrical current being conducted by ionized gas in proportion to the number of ions present in the air to send signals for a fire prevention activities. Ionization is usually possible for vapors and hydrogen gas measurement since the source of ionization is a hydrogen flame. It can detect gases and vapors between ppm to % v/v levels using hydrogen for flame generation and clean air supply.

Semiconductor Detector: This point detector utilizes the principle of surface interaction between a gas and a gas-sensitive semiconductor where gases are reduced to drive conductivity to one direction and oxidizing gases in the opposite direction. The measure of the concentration of hydrocarbons in the air is the change in electrical conductivity in the semiconductor. It can detect gases and vapors between ppm to % v/v levels, requiring oxygen.

Photo Ionisation Detector: This point detector utilizes flame ionization; however the source of ionization here is an ultraviolet lamp. The measure is the energy used by the UV lamp installed. The range is ppm to % v/v levels.

Ultrasonic Detector: This detector utilizes ultrasound generated by the escape of a gas from a high-pressure pipeline or other pressurized systems. This ultrasound provides a measure of the gas leak rate when detected by the built-in acoustic sensor.

Thermal Conductivity Detector: This point detector utilizes the conduction of heat by gas at different rates. If a gas is mixed with a reference gas, then the concentration is evaluated by comparing the thermal conductivity of the reference gas and mixture. The measurement is done by determining the heat generated by heating elements. It can detect a range between 0.1-100% v/v.

In warehouses for protection against spills, leaks and breakage of tanks, storage drums, etc. The gases monitored here are oils and solvents.

In food industries, like edible oil extraction factories to monitor leakage of gas used in the machinery to extract oil from seeds. The gases monitored here are hydrogen, hexane and carbon monoxide.

A fixed detector usually transports the collected gas to a sensor through sampling lines.

Materials used in the sampling line must be selected to avoid contamination by leakage, dilution, diffusion, or even absorption of vapors, due to the risk of corrosion.

To avoid mechanical damage, the location and path of the line must be chosen carefully.

It should be ensured that the alarm in the detector is visible and audible with performance standards.

Determination of alarm level requirements, especially for fixed combustible gas detectors, should adhere to industry recommendations and standards. Toxicity of the vapor or gas, occupancy of the area, the time required for response, plan of action once the alarm goes off, the lower explosion limit, and the size of the potential leak should all be considered.

For handheld gas detectors, especially, the weight and holding circumference matters since, if it is not suitably built, it could lead to arm and hand fatigue for confined space monitoring.

Weight should remain around 1 pound or less, and the grip on the sides of the detector is suitable for fingers to interlace.

When using a combustible gas detector for a confined space, a constant view is needed for monitoring. This requires a large display with easy to read icons and fonts.

Determining the requirements for gas codes and gas readings should be done through visual elements, such as bar charts for administrating changing environment. For confined space entry, a pre-check is required to evaluate oxygen levels, which these visual elements indicate.

Detectors should be equipped with pumped monitors utilizing the pump block detection feature, usually tested during the start-up sequence of the detector, to ensure a clear flow of gases through the tubes being blockage and leak-free.

It is essential to determine the location for the placement of the combustible gas detectors.

This can be done by evaluating its placement where the gas leak is most likely to occur or where the most amount of hazardous gas would accumulate.

Vibration from turbines and pumps is another factor to be considered for maintaining the long life of a sensor. The natural resonant frequency of the sensor must be considered to evaluate the vibration characteristics of the location.