DC ground fault locator consists of “DC System Analyzer” and “DC Fault Detector”. The analyzer can analyze the insulation of DC system and display the System voltage, positive voltage to ground or Negative voltage to ground, Ac into DC state or AC voltage, and grounding impedance on the LCD screen.

Appearance of the Analyzer

Appearance of the detector

Then turn on the power switch of the  Analyzer. The main interface of the Analyzer is as shown below:

Communication success: indicate the communication between Analyzer and Detector success or failure. If communication fails, check if the “Analyzer”  has launched the test bridge or retest it.

Communication success, Ground Direction: The same as the Ground Test.

Ground Resistance: the measurement of the ground resistance is the branch being tested. It calculated by the change of the ratio of the voltage wireless transferred by Analyzer and current.

When the ground resistance value is larger, the change of current will be smaller. Use the “Insulation Test” function to identify the fault current waveform more clearly.

Clamp clamped the branch line being tested. Press the “Function” button to select the “Grounding Test” or ”Insulation Test” function, then press the “Test” button to launch test. Holding clamp doesn’t shake in the testing process. Shaking will affect the test accuracy.

According to the test result and the current waveform to judge the branch line has a ground fault or not.

There are some test result and the current waveform for reference.

Follow the instructions to complete the current test function:

The resistance of the tested branch is the ratio of the positive to the ground voltage or negative to ground voltage which is lower and the current measurement. The voltage is getting from the Analyzer by wireless communication.

The State will be displayed when the communication between Analyzer and Detector is successful.

In order to ensure the accuracy of measurement, the range of the current test is less than 50mA. We use it to measure the leakage current. Usually, we clamped both positive and negative line of the tested branch by clamp table. If the Analyzer is in “No signal” mode, the resistance of the tested branch is referenced. If Analyzer is in the other mode, the resistance is unreliable.

Analyzer provides four DIP switches on the side of the Analyzer, change this DIP switch can change the work mode of Analyzer. The fourth DIP switch is invalid, DIP switch in the ON state when unplugged, DIP switch settings and the top three gears relationship are as follows.

Compulsory mode: under the compulsory mode, when the test bridge of Analyzer is launched, it will not be quiet.

Under the 996.0 mode, whether the tested DC system is normal or abnormal, the test bridge is not launched.

If the Detector display “Adjustment Please Wait” interface, indicates the current through the clamp table is more than a value, Detector launch the negative feedback current by the coil around on the clamp to against the current. If the negative feedback current can against the tested branch current, the test will continue. Else Detector will display “Over Range”.

The negative feedback current is less than 2A if the tested branch current is more than this current, cannot be tested.

In this case, we need to clamp both the positive and negative of the tested branch by clamp table to test.

Connect the power line of Analyzer to the tested DC system bus, not some branch line. 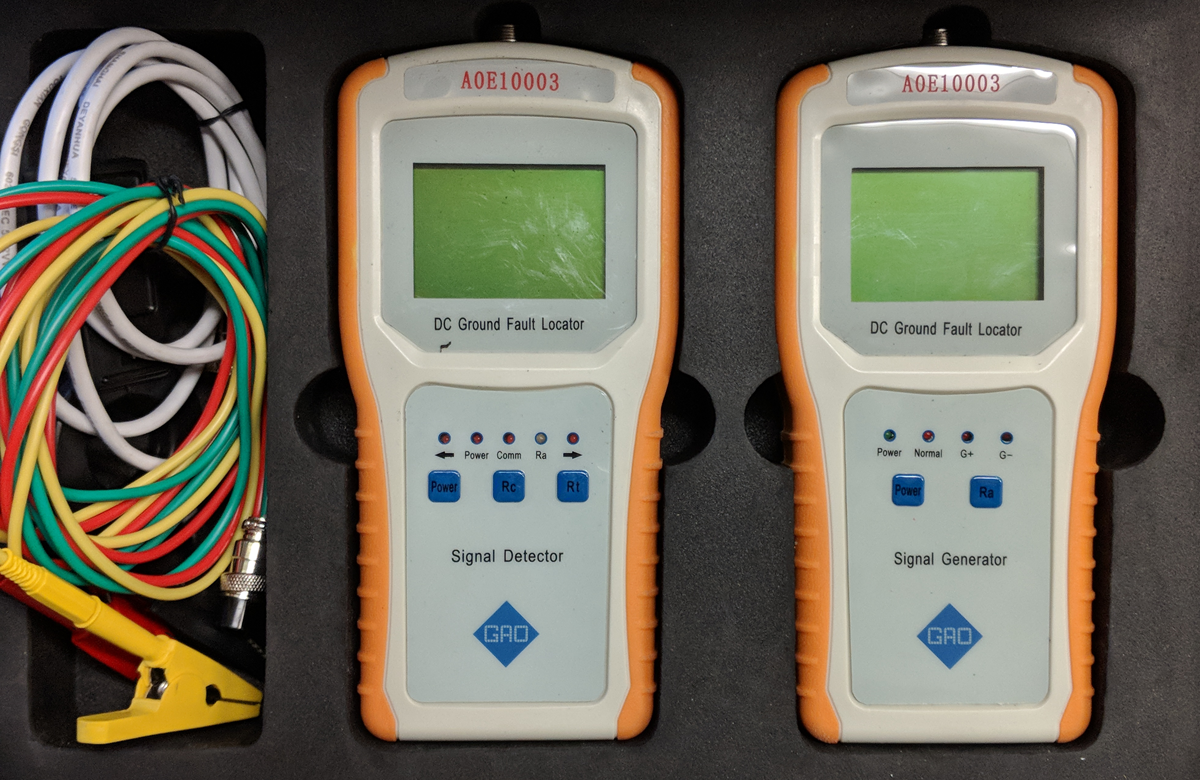