The Future of Investing in RFID

Radio frequency identification system (RFID) is an enabling set of technologies, not just a single product; aids machines or computers to identify information, record data about data (metadata), or identify, locate or track using radio frequency or waves. An established technology in some sectors, $11.1 billion market in 2017, with huge growth potential. The power and capacity of RFID is even more evident when looking at emerging opportunities for RFID in the Internet of Things (IoT) landscape. The history of RFID can be traced back to World War II, when it was used by the British to identify friendly aircraft.

RFID was often seen as a prerequisite for the IoT. Introducing the technologies of RFID and IoT, I provide clarity on emerging technologies, RFID—wireless technology, that connects billions of things—enabling existence, promising huge growth. 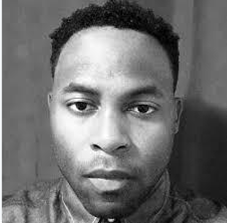 For several years, Curtis Christopher Wragg has been a notable leader in the (Fin)tech space. You may know him for his work as the Founder and Head of Sincere Headway, Inc., but Curtis Christopher can also be credited with contributions to entrepreneurs and small businesses across the United States, in various verticals.

Curtis Christopher has been honored with recognition for his work as a Representative at FasterCapital and is currently a Regional Partner there, representing the United States in the areas of software, internet and application startups, on a global scale. He holds a degree from Benedict College where he concluded his studies as the Top GPA in his field of study/class and currently resides in the state of Florida, U.S.A