Overview of Drone Use In Advertising

Drones are omnipresent. You’d probably find one featured in the next film you see in a movie theatre, thanks to all the popularity of superhero movies. In some way, this presumably makes us deem that this technology is sort of eerie.

However, the conclusion should not be rushed. Drone technology is fascinating and astonishingly helpful in various areas of our life, and the advertising industry is not an exception.

It seems like ever since 2013, when Amazon CEO Jeff Bezos said that, “drones would deliver all the company’s products”, we had to accept the idea of coexisting with these buzzing flying machines. Plenty of companies are incorporating this technology in different sectors each year, especially in advertising as drones have an incredible potential to revolutionize and boost this sector.

Thus, drone technology offers a high degree of functionality in various areas. It can be applied in marketing for various purposes, including serving as a transportation medium, “actor”, cinematographer tool and as a tool for data gathering.

Drones as a Transportation Medium

While Amazon’s plan is still a concept in the process of creation because of all the potential obstacles correlated with its realization, the transportation of advertising information is already possible. We are all used to well-known road banners or multiple varieties of Internet advertisements. However, these days we are bombarded with information, perhaps most of us are just riding past them, giving such limited attention to the message. Nevertheless, assume that you see a large banner flying past you with the help of the drones. It is hard not to look or pay any attention. Lots of companies use this “wow” factor to get as much attention as possible.

A banner can be attached to a drone that flown through the skyline. It is called “drone-vertizing”. For example, advertising companies like Hoovy even had drones particularly designed for carrying banners. The company promises that due to this development, the drones can be used on “beaches, parks, festivals, college campuses, streets, and freeways”.

The Coca-Cola Company even used it on construction sites in Singapore. They launched a campaign called Happiness from the Skies, the goal of which was to deliver drinks to construction sites to workers to greet them and show the locals’ appreciation of their work. Leonardo O’Grady, ASEAN director of integrated marketing communications of the Coca-Cola Company, said, “By using technology in an innovative way, as a service to happiness, we were able to bring together two segments of the community who rarely interact”.

Drones play an enormous part in connecting people with what was shown in the 2015 campaign by TGI Fridays. The company launched mistletoe drones in the UK and the USA for Christmas advertising. The drones were delivering mistletoe to customers allowing everyone to have a flawless kiss under the mistletoe.

Due to drone technology, there is no more need in specially allocated places to promote products and services. So, this is an innovative step for the advertising industry as there are no more boundaries for the distribution of the adverts.

Drones not only serve the purpose of delivering advertising material, but can also assist with the distribution of video promotions as actors. For instance, they have played a part in Audi’s advertisement, where they have been presented as the main villains from whom people could be saved by the new Audi. Alternatively, drones frequently become the main characters in Amazon Prime Air adverts. Amazon surely has some exceptional feelings for the future of drone technology.

This technology has enabled companies to achieve significant cost savings. In the past, to create drones on the screen, the filmmakers had to hire many visual effects specialists. Better not to count expenses – it is simply too expensive. However, these days, drones can be filmed while they are operating or acting in the shooting area, and it is undoubtedly much more low-cost.

Moreover, drones can be a fantastic additional factor at various concerts and performances. Unfortunately, in real life, there is no space for these super effects right now. However, drone technology can create an illusion that there is one. For instance, in 2013, Paramount Pictures promoted its film “Star Trek into Darkness” by launching drones that had been programmed to form the Star Trek logo over the River Thames in London. There is no better way to feel the Star Trek vibe. Also, drones likewise participated in Lady Gaga’s Super Bowl halftime show in 2017 when Intel used 500 drones to form the American flag in the sky. This trend exposes drones as something unique, something for the future and maybe something alive that can act, entertain, and amuse. Perhaps it prepares us for the time when drones become ubiquitous if it happens.

Drone technology can enable its users to communicate different perspectives. As we are talking about cinematography, drones give a different angle of view. Through utilizing this technology, we can enjoy all the magnificent prospect scenes practically in any advertisement. In the past, if companies wanted to produce a video with exceptional footage from the air, they had to rent helicopters and a glut of various expensive cameras and tools. To say the least, these high costs of production were restrictive for the creative potential of the video. In this day and age, the cost of such a product has declined drastically as the price of a drone is significantly less than that of helicopter rent. Therefore, we can see many advertisements using drone technology, such goes for Puma’s promotion of urban sportswear in collaboration with a football player Sergio Aguero in which they presented “dronie” – a selfie with use of a drone.

Besides, drones can be merged with AR/VR technology to create new products and new experiences. This became possible as drones are more helpful in creating 360° footage than typical cameras. For instance, in 2016, New York-based creative agency Firstborn launched a project for Patrón in which they offered viewers to take an interactive journey to Hacienda distillery in Mexico. This 360° tour was made entirely with the use of drone technology.

Drones as a Data Collector

The next step for drone technology is the development of data collection. It can help companies operate more efficiently by choosing the right marketing plans for different types of audiences in a more precise and targeted way on the grounds of the collected database. Drones are incredibly convenient to gather data from connected devices because they can easily be flown throughout the city. However, this can present concerns about violations of privacy rights as drones don’t have as much transparency in regard to how its user’s personal data and information is collected and stored.

So, the main question is, do drone applications have the capability to drive the advertising industry forward? To conclude, drone technology optimizes the process of marketing and advertising. Equipped with drones, marketers can produce more breath-taking and interactive commercials. Plus, they are capable of sharing this content with the efficiently targeted audience, which unquestionably makes the process of marketing more prosperous. Nevertheless, as a newly developed application there still remain some obstacles concerning the usage of drone technology. 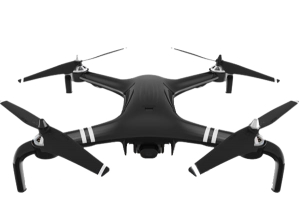 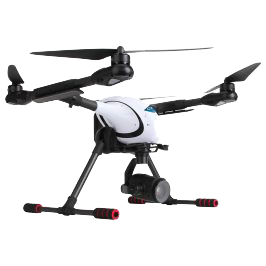