Having trouble deciding on which fiber optical transceiver to buy? Here is a guide. 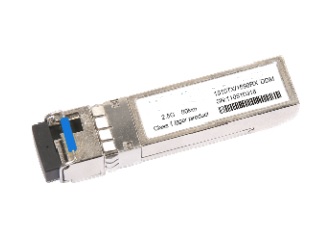 What is a Fiber Optical Transceiver?

A fiber optical transceiver is a device that encodes and decodes data into light pulses for transfer via a fiber cable. It achieves this by simply having a transmitter on one end and a receiver on the other end, hence called a transceiver (a combination of transmitter and receiver). The reason for “optical” being in the name is because of the use of light signals created by an LED or laser diode to represent the data. There are many types of fiber optic transceivers so it is important that you make the right decision towards selecting a transceiver for your application.

Deciding on the type of fiber to work with is arguably the most important factor for choosing a fiber optical transceiver. The types of fiber can be separated into two basic categories: multimode fiber and single-mode fiber. Deciding between the two is normally based on the distance the data will probably need to travel.

Multimode fiber can only allow data to travel a short distance but if you do not need the extra mileage then multimode should be your primary choice in fiber since it can send signals more than one way and more than once. Multimode fiber is typically used for tasks like video surveillance and LAN systems; things that do not require data to travel far but rather often.

Single-mode, as stated in the name, can only send data one way but with the benefit of the further possible range.

Another important factor is whether you choose a transceiver with a chip that supports half-duplex or full-duplex or in very rare cases both. Only choose half-duplex if your application can support it or else it may result in conflicts and packet loss. If the data that is being transferred is sensitive or your situation considers integrity priority, then consider the safety features within the fiber optical transceiver when making the choice. Typically, Ethernet interfaces can support from 10 to 10,000 Mbps and being half-duplex or full-duplex tends to be mutually exclusive.

Receivers are built with semiconductor detection to convert the data into visual signals. The two choices of receivers tend to be between silicon photodiodes and InGaAs (indium gallium arsenide) detectors. The former is used for short-wavelength requirements while the latter is used for longer wavelength requirements, but it would make for a more sensitive receiver. There are also the APDs (avalanche photodiodes) as a third option if speed and performance is a priority but it is also a lot more expensive and more complicated to use.

Another important factor is the light source that the transceivers use to create light signals. There are 4 types of light sources typically used by fiber optical transceivers:

The difference between LEDs and laser diodes is the former emits an incoherent light source while the latter emits a completely coherent light source. All types of signal outputs have varying specifications such as wavelength, bandwidth, the amount of power put into the fiber, and the fiber types they work with.

An example of deciding based on this factor is as follows: if you need a transceiver that has a single-mode fiber, a bandwidth greater than 10 and the wavelength must be around 1550 nm then you should consider using a transceiver with a DFB laser.

Construction of the Fiber Wires

A more complicated factor for selecting a fiber optical transceiver is the construction of the fiber wires.

The lower count tight buffered distribution fiber cables with color-coded 12 fibers and 24 fibers are very popular. A metal armored tube is layered inside the wire when it is needed for outside applications which grant the fiber durability, rodent proofing, waterproof (the most common cause for outside failure) and can be buried underground to prevent people from messing with it.

Flame resistance also presents itself as one of the safety features mentioned earlier but it must not be taken lightly as transceivers have caught on fire before!

There are many fiber optical transceivers that may work terribly or not at all with each other, thus ensuring their compatibility is an important factor in the purchasing decision. Since there are a copious number of vendors that offer fiber optical transceivers, it is hard to keep track of which are compatible. Companies like Cisco, HP and Ciena sometimes lock their brands so that other third-party brands cannot work with their products. In this situation, it is recommended to ask these types of questions directly to the vendor and conduct thorough research before making a decision. One big advantage of working with GAOTek is that it offers a wide range of transceivers which are compatible with each other.

Choosing the right fiber optical transceiver is a very difficult and overwhelming task. You need to consider the various factors mentioned above. It is advisable to talk with the technical support professionals or knowledgeable sales staff from a leading vendor such as GAOTek.

At gaotek.com, fiber transceivers are separated into 5 main categories along with a 6th category that houses all other less known types of transceivers. The main categories are GBIC, SFP, SFP+, XFP and XENPAK. Each category has a small description on it briefly explaining the difference it has from all the others. For now, we will focus on GBIC since it is the most common type of transceivers used. The name stands for gigabit interface converter. It’s widely used because it is easy to learn, compact in design and is very flexible in its transmission distance. Like the other categories, we sell a wide selection of GBIC transceivers which can be found here: